WHAT IS AN AGATE?

Agates are semi-precious gemstones that are a variegated form of chalcedony (pronounced kal-sed'-nee), which is silicon dioxide in the form of microscopic fibrous quartz crystals. Agates naturally develop when an empty pocket inside a host rock fills in molecule-by-molecule, layer-by-layer as these micro-crystals self organize to form concentric bands or other patterns. The colors and arrangement of the micro-crystals are influenced by changes in pressure, temperature, and mineral content that occur during the formation process. Unlike other gemstones, each agate is unique. Even slabs cut from the same specimen will vary in color and design.

Agate comes in reds, browns, yellows, oranges, and blacks, sometimes with banding, stripes or zoning. Agate is good protective stone, especially for children. It also can help strengthen the body and the body's connection to the earth. It can also lessen feelings of envy by grounding the emotions. Agate balances the physical, emotional and intellectual bodies, and balances and cleanses aura. Agate is known to stimulate analytical abilities and perception, while eliminating negativity. It has also been reported to strengthen sight and promote marital fidelity.

Agate is a banded, concentric shell-like chalcedony, sometimes containing opal substance. The fine quartz fibers are oriented vertically to the surface of the individual band layers. The bands can be multicolored or of the same color. South American Agate is mostly dull gray and without special markings; only through dyeing do they receive their lively colors. Transparency of Agates varies from nearly transparent to opaque. In thin slabs, even the opaque Agates are mostly translucent. The name Agate is supposedly derived from the river Achates (now called the Drillo) in Sicily. 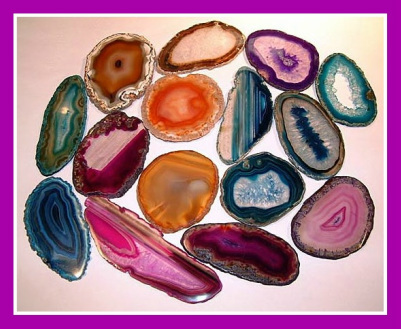 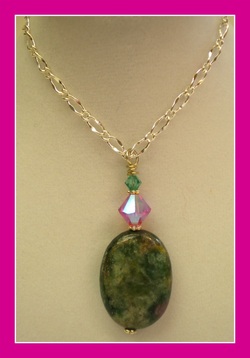 ♥This is one of my Designs/Creations♥ 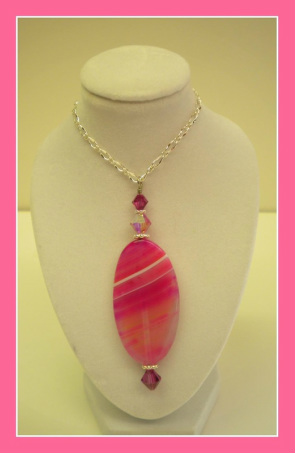 ♥A Beautiful Multi-Colored agate Stones with different Colors of Pink♥ 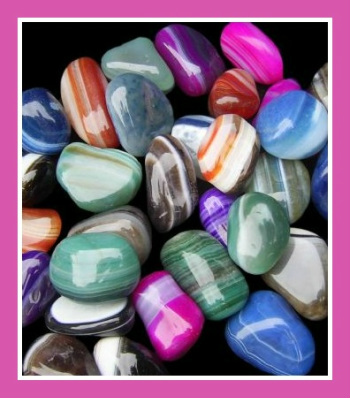 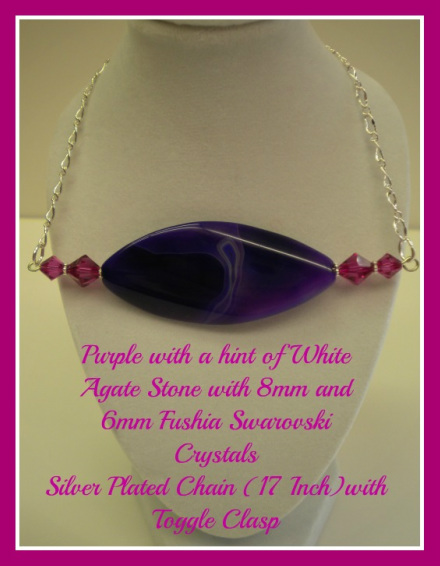 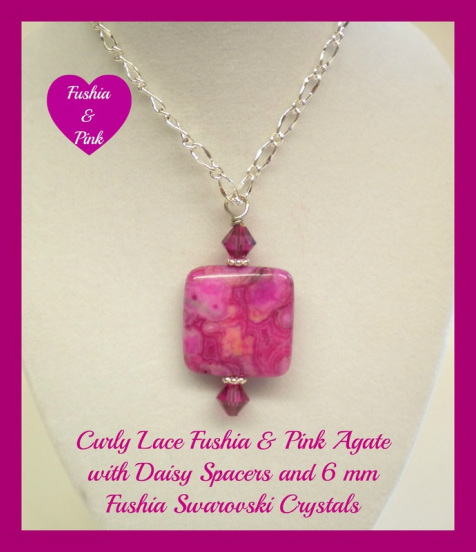